All us Bernie Sanders supporters are coming after your corrupt a$$es. Fox fake news watch out. We are tired of your corruption and your state run news program. Your going to feel the Bern🔥🔥🔥🔥🔥🔥

democrats are mad because the Senate will be as fair as the House.

Thank you SO much-"Senator Ted Cruz" for ALWAYS taking time to explain things- that the "Senate" will be EXTREMELY fair on both sides!"

"WOW! What's the sense of voting- if the BIG socialist zillionaire Democrats- are going to cheat on our votes in 2020?"

The whole Joe and Hunter Biden farce. Is all Russian Propaganda perpetuated by Their American asset Donald J Trump. All to help in his reelection campaign. That's why this Ukraine thing started. If Hunter Biden is guilty of a crime. Then so are Ivanka , Trump jr and Kushner are guilty as well. Call then to testify too.

STOP THIS LITTLE GAME : MAKE THE SOCIALIST CONGRESS MEMBERS PAY FOR ALL THIS IMPEACHMENT CRAP...STARTING WITH PELOSI.... WE REFUSE TO PAY FOR IT....COME ON PEOPLE , COME ON REPUBLICAN, COME ON FOX NEWS GROW SOME BALLS LAUNCH THIS MOVEMENT....AND YOU WILL SEE HOW FAST THIS JOKE WILL END....

I hate how republicans always take the high road. Democrats are using cars to drive into the end zone while republicans play by the rules and are getting destroyed.

There are too much haters and retaliators within the DEMS. How could DEMS rule the country who have too much negative, playing dirty tricks and games and destructive energies to attack Trump from the start because he is doing the best possible to change America for better. DEMS are a bunch of sour grapes Unity is postive energy to make America great.

This guy doesn't know what he is saying. Once he says he want GOP to have fair trial, next he doesn't want more witnesses. The people are bracing for an unfair trial.

It will stop on the last day of Trumps second term

1. The fact we continue to allow this side show to continue and pay for it while no one does their actual job is insanity. 2. This is a huge distraction to keep you focused on them. In the mean time, Virginia is trying to take your gun rights along with many other rights. Impeachment are goung on in several countries, not just ours. Each country has Deep State members just like we do. This is a war of powers. Good vs. Evil. There are shady deals going on everywhere. Ushering 5G, the agenda does not stop. The fires set to move people closer together. The agenda to eliminate half the population on Earth. The sick thing is, in the end when it all happens, all these trillionaires have not agreed upon who will ultimately get to be the ruler of the world. There is only one right answer. In the mean time, you are simply watching the show that most people already know was coming. They missed the bench mark, 2021. They are behind. The next one is already on its way. 2030. They are all in this together.

So much $ spent on nonsense politics. Let the best man/woman win on his/her merits and love for country, love of our planet and stop the nonsense expensive politics!

CRUZ FOR PRESIDENT 2024 ! even though He and Trump traded blows running for office , Ted Cruz put aside all the B.S. and he's had Trumps back ever since .....I'm sure there are others you could get , but I like Cruz .

Ted Cruz comments on Trump from 2016: "This man is a pathological liar. He doesn't know the difference between truth and lies. He lies practically every word that comes out of his mouth. And he had a pattern that I think is straight out of a psychology textbook. His response is to accuse everybody else of lying. He accuses everybody on that debate stage of lying, and it's simply a mindless yell. Whatever he does, he accuses everyone else of doing. The man cannot tell the truth, but he combines it with being a narcissist. A narcissist at a level I don’t think this country has ever seen. Donald Trump is such a narcissist, that Barack Obama looks at him and goes, ‘Dude, what’s your problem?’ Everything in Donald’s world is about Donald. And he combines being a pathological liar, and I say pathological because I actually think Donald-if you hooked him up to a lie-detector pass, he could say one thing in the morning, one thing at noon, and one thing in the evening, all contradictory, and he'd pass the lie-detector test each time. Whatever lie he’s telling, at that minute he believes it, but the man is utterly a moron."

Why is this guy so creepy and slimy. Ted Cruz gives me the heebie jeebies.

Epstein's wife was killed in a auto accident last year. Coincidence????? "They" said you will answer for exposing Google.

I am worried about poor Hunter having a drug overdose.

Ted Cruz 2016: „Donald Trump is a pathological liar“. He was absolutely right

The trials have been extremely revealing. The abuse of power. The lies, the undermining of US ambassadors, Giuliani dealing. Bring on Bolton. If Trump is innocent bring them all in. Bring Hunter Biden in. Biden is not going to be the Democratic candidate. He's a decoy.

My buddy says Trump shouldnt Testify because he will put his foot in his mouth. hell why dont they bring Zelinsky and Trump in.End of story everybody else is second hand hearsay. its a political proxy war.

I still think the public execution of the traitorous Democrats is the single best solution.

Big tech is already cheating and election meddling. Google(TRvid) is shutting down channels reporting on actual news and Facebook blocked me from sharing a news article talking about Trump declaring a day for sanctity of life. They claimed it violated its standards. Why isn’t Cruz or anyone else charging them with federal crimes!!!

Got a problem with the screening process of who gets to hold power.

making the country look stupid! again, Pelosi should be in prison herself forever!

I agree with Senator Ted Cruz. Presidents Trump impeachment should be dismissed and have the president acquited but I think the house managers are trying their best to undermine the entire impeachment trial procedure which is unconstitutional. This is not Justice it's unfair to president trump and should not be tolerated by the Justice department. There should be no case to present if it violates the us constitutional rights of the President including all future coming Presidents.

Maria Bartoromo needs a few more chins... Ted Cruz has to be the fakest person ever in the Senate.

Why is someone running a vacuum during this interview?

Democrats actually take pride in their ability to lie ,cheat and grow our government over us . They are tyrants.

SON OF A BIDEN got a million dollars a year to do crack and whores and we can't even get a Social security raise ?

Isn't what the Congressional Democrats are doing called obstruction?

Bloomberg is just another Billionaire who realizes he can't take his money with him and will spend it all to drag everyone else down to hell along with him.

As usual, Lie after Lie from Cruz. Cruz does not want to hear witnesses that have been involved with Trump's reason for being impeached. Bidden had nothing to do with Trump's Criminal behavior.

Ted Cruz has lost his backbone (and soul). Does he not remember the nickname "Lying Ted" or who gave it to him? Now he's just a tRump lackey. Yeah, he grew a beard to try to butch up, but it failed bigly.

With this impeachment American democracy as we know is dead. We're controlled with totalitarianism, media hysteria, and lies.

I the republicans will let the democrats get away with their abuse of the constitution.

Lying Ted. Have you forgotten? I do not trust the republicans.

THANKS FOR THE BJ BACK IN THE 7Os TED CRUZ 😎

Ted Cruz is a snake in the grass!

clearly demos are terrified of Hunter Biden being called as a witness and thus liable for treason, abuse of power, diminution of the laws of the constitution, and required to return to Burisma Holdings Limited (Ukrainian: at least a Billion in cash ??

Trump will take every demonrat DOWN & FAST!

Can someone for the love of god please turn her mic OFF!! when she is listening so we don’t have to hear the smacking lips and breathing drives me Fn craaaaaaazy

Homer Simpson was given an award for "Outstanding Achievement in the Field of Excellence:". The articles of impeachment are just as valid.

It's honestly a bit hard to take Ted seriously in this video. I think he's full-on taken the bait to become a complete political partisan hack. We know he's a smart guy from his pedigree, but to seriously back the Hunter Biden deflection angle and then go on in the same video to denounce big political spenders on the left while completely ignoring the same class of spenders on the right is completely disingenuous. This is the same guy who tried to go to Sheldon Adelson's hotel room party after the RNC. Give me a break, Ted. You're losing any credibility with the critical thinking moderates.

to quote the stable genius good ol "lying ted". even called his wife ugly and his dad helped to assassinate JFK if i recall correctly and this so called man is still brown nosing .man, what a piece of work
Sonraki 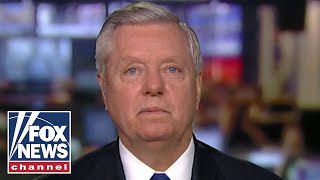 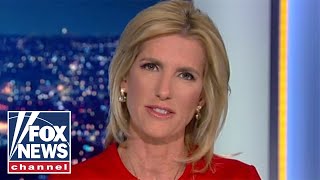 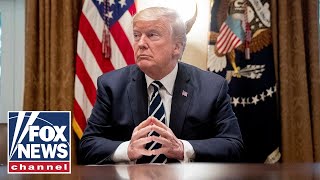 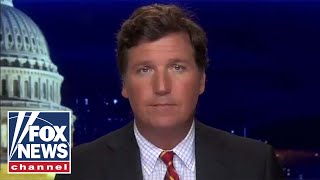 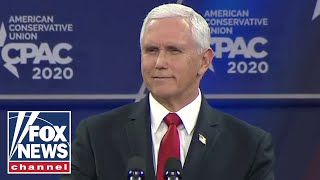 2:43
Pence addresses coronavirus at CPAC: This is not the time for partisanship
görünümler 93 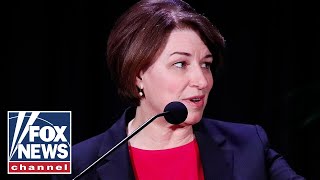 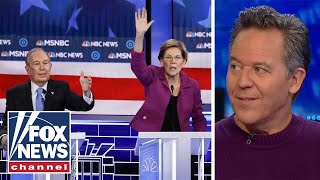 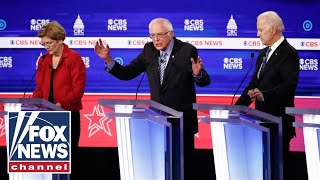 6:29
'The Five' reacts to Dem critique of Sanders' socialism
görünümler 213 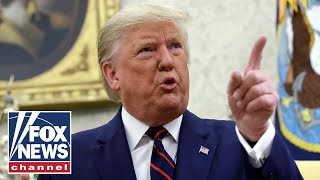 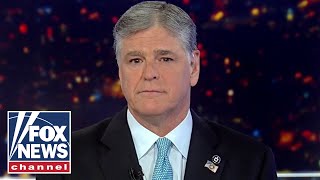 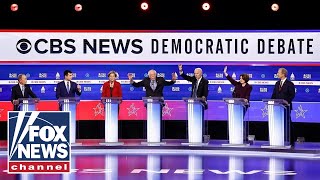 4:03
Kurtz: Why CBS 'repeatedly' letting debate get 'out of control' really matters
görünümler 253 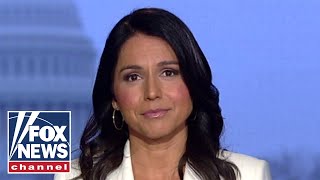 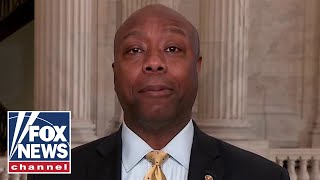 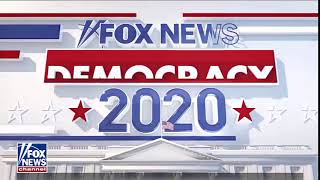 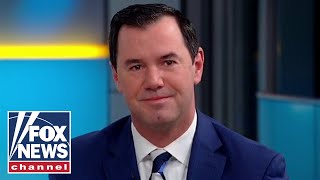 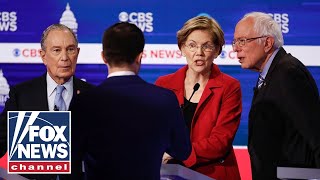 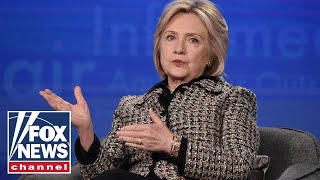