Destiny 2 Season of the Splicer - Solo 100k Nightfall The Glassway / Solo Glassway Nightfall w/ 100k Score / Solo 100000 Legend Score Nightfall for Pinnacle Reward / Solo 100,000 Legend Nightfall on a Warlock. Just a quick video showing a 100k run of the Nightfall this week for the pinnacle reward, while clearing all of the Champions for a Platinum reward on Legend difficulty. Details below.

Basically the seasonal ritual at this point, soloing the 100k nightfall for a pinnacle drop. Might do master later in the week, but seeing as it basically ends up as a Grandmaster I've already done solo, I'll see how I go.

Two things I learned about this season while doing this. One, somehow Overload Champions are even more broken than ever. You can see multiple times I stunned the Overload and it just kept firing as if nothing had happened. I've had this happen in other locations too, and it's really annoying to deal with. I'm not sure if that's just down to the SMG or the class item mod I have on, but it's something that will hopefully be addressed - although I don't think any changes will be made.

The second (and unmentioned I think?), Warmind Cells were changed. Their appearance is slightly different, but most notably they seemed to buff the health of the cell itself, making them take longer to kill. After being used to them for so long, it's a weird change, but nothing too major.

Keybindings can be seen here: trvid.com/video/video-RYtWyYUr9B8.html

If I could change the BGM to anything I like, I will definitely change it to Doom's BGM and go solo Every time!!!!

@Esoterickk why were you shooting the overload captain in his feet?

imagine how faster you would have done it if you had breach and clear unlocked!!

Hey man how do you get so many warminds to spawn. I think I have the same nods on like rage of the warmind where destroying one should cause another to spawn from solar splash but I can't seem to get it to work.

God, i finally find you

20:34 That moment when even Esoterickk gets distracted by an exotic engram.

Thank GOODNESS, someone else noticed the change in war mine Cell appearance.. thought I'd finally LOST It ✌🏽✌🏽

how did he spawn a warmind cell at 9min with anarchy?

how does he create so many warminds? Eso is the final raid boss

HOW DID NO SOLAR SHIELDED SHANKS SPAWN

no solo master yet?

Are you shooting the anarchy grenades to blow them up with the overload champions in the 2nd room? Why are you destroying his knees?

Bro you're nuckin futs. Dead azz insane. Wanna be like you when I grow up.

All hail to the God of D2.hats off and here we're struggling even in 1280 nf with a full fireteam!!!

21 fucking minutes.. ittook me 27 with a team with experience

Can any Guardian tell me, how the hell can create some many redballs?

unfortunately, unstoppables are pretty rare, otherwise the GL mod would be super useful

the only strikes where Unstoppable Champions are common are the Cabal Nightfalls like "Insight Terminus" and "Arms Dealer", as well as the Taken Nightfall "Lake of Shadows". and then Unstoppable Champions can spawn in seasonal activities like the "Contact" public event, the "Seraph Tower" public event, "The Sundial", and "Battlegrounds". and they even appear in some Legend/Master Lost Sectors and in a location on the Moon patrol.

He use ikelos, nightwatch and anarchy, how he can spawn warmine cells without a seventh seraph weapon?

Holy. Sheep. Shit. Did you really just do this? I did this already..you know. With a fire team, and on I’m a beginning loser level. But we beat this. Well done.

Why the resilience mod on the Contraverse Holds?

21:25 that has to be the most aggressive suicide he has done to date. He didn't want to just kill the body, he wanted to kill the soul too lol. Keep up the god tier content.

I wish we could see Eso in pvp

I can even find good people to 3 man this on.

I couldn't finish boss fight on legend with lfg. I couldn't even imagine trying to solo it. Well played.

Destiny 2 is sucking... The same stuff and build since 3 seasons.

Bro,what do you think about nova creating warmind cells?😂

I need ur help with this. should I keep the suandering blast or switch unstoppable grenade launcher?

can't wait to fight you as the hidden boss in VoG

I heard that the mod “sundering blast” is bugged and is what is causing champions to not stun.

It's the Sundering Blast mod that's making overloads have to constantly be re-stunned. The explosion appears to override the stun similar to what freezes do to them.

I literally got the deathbringer catalyst from the same thing

Once in a lifetime sight: Estorickk loading into a LEGEND nightfall

You make it seem like it’s just an ordinary strike

Let's go, first one of the season!

dude got the deathbringer catalyst at the end lets fucking go

Is there any alternative guns that can be used? I don't have the heavy

I don't have anarchy so I use xenophage. But I just got the deathbringer catalyst so I'll be giving that a go

YALL NEED TO START LIKING THE VIDEOS. DAMN. That view to like ratio is SAD.

They need to just make a unstoppable mod barrier mod and overload mod and you can choose whatever weapon you like. I hate the fact you have to be stuck using whatever weapon they have as a mod.

How did u prevent spawning solar shanks while capturing before the boss fight?

Glassway's plate encounter changes between a solo team and co-op team. in solo, it's only Shanks and Exploders. in co-op, the Vandals and Heavy Shanks also spawn during that encounter.

He did okay. It's not like he's the only one that can do it

Man they gotta fix champions, what’s the point of wasting mod slots if they aren’t going to be actually stunned

It took me 40 minutes with this fireteam I had

My man love flexing on people hes just to good

@One spicy1 Kebob2 is there a time limit to observing something? Didn't know we are all living according to your schedule. You need to lighten up.

Sweet! Was waiting for this. I need some guidance on my artifact. Lol

The best part of the video was the anarchy ornament

I've only used hand cannon overload so far and haven't had any trouble with overloads yet. Last season, though, even with Ticcu's Divination them things just weren't acting right.

@Sith 3P0 If they teleport, you may as well just reload and start over. It sucks.

I'm hoping that they fixed the overloads. Used to take a full smg mag to stun them.

RIP SMG loader you will be missed

I got same catalyst

Wdym this guy is a pve god

wtf? who uses scout shit when you can use assault rifle, with 720rpm you can melt barrier champion

Personal preference, he prolly has more experience then this entire comment section, he knows what he likes and he uses it

@The Lament you for real? nightwatch max range mw full bore and accurized is 75 and 35 stability, age old bond 105 and 32 with smallbore and light mag, my carabine hammer+ricochet 85 and 54 stability and 34 bullets, next i have holster and vorpal. so reloads auto when i swap to jotunn and has vorpal so extra damage to majors and boss and vehicles and guardians. many times melted in gambit when that shit game drops ammo underground

I failed twice already ( my own fault, not my fireteam..) and you go and do this. I am amazed that bungie hasn't nerfed anarchy. I bet that when I finally get it, they nerf it

Bruh this mama skill level is god tier and my aspiration in video games. My goodness makes this look like a basic strike.

I will never understand recovs.

I have been finding enemies getting a small portion of their health bar back after I stop applying damage. Plus the using teleportingz especially in Gambit

Ya need beyond light to play this night fall

I wanna see the bloopers honestly but this man has to be a god..

@MrWhat11the Remember when he did the Whisper Heroic mission while using non-stop Fist of Havoc for almost 70% of the run, AND with *no* weapons? Good times those were.

this was likely done in 1 attempt. When he did this nightfall on gm difficulty it took him no more than 5 tries i believe.

Brooooooooooo already u the man

Esotrickk what character do you main

He does not main characters, the characters main him.

Too good my man

mann this guy is amazing

Convinced this man is god

@GitGoodLol did you watch him do GMs solo? No? Ok cool.

The nightfall is easy af let alone to solo

He IS the Light and the Gaurdian in lore, we're just background characters

And u need beyond light to play it (gotta love bingo) 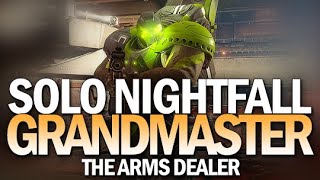 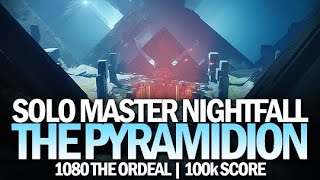 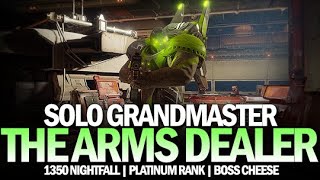 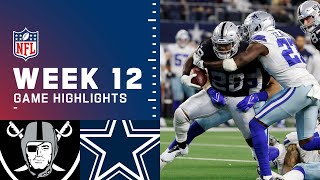 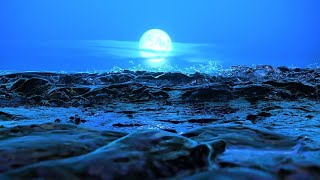 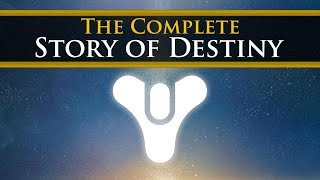 3:57:23
The Complete Story of Destiny! From origins to Shadowkeep [Timeline and Lore explained]
görünümler 7 700 000 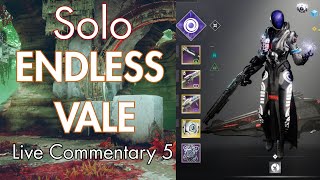 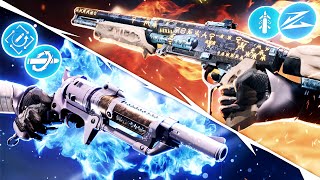 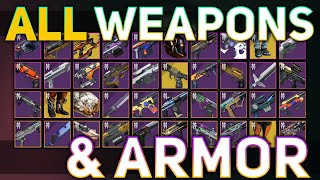 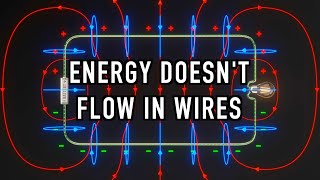 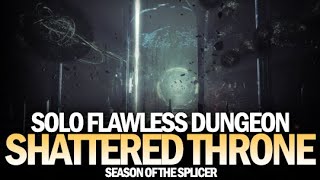 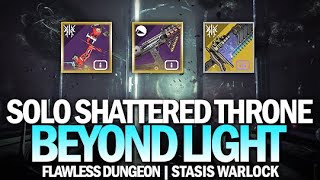 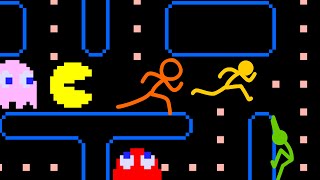 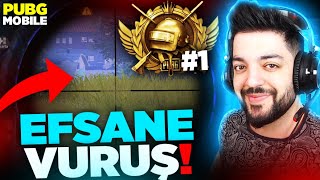 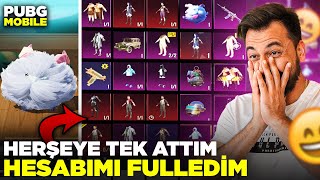 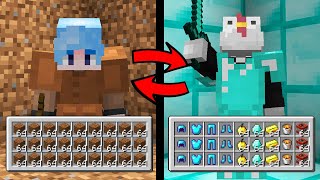 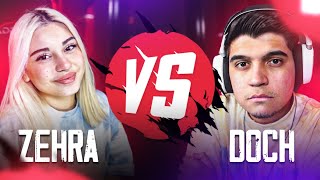 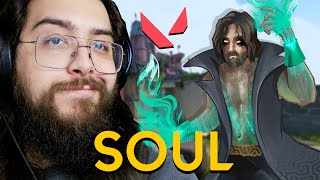 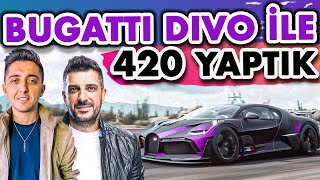 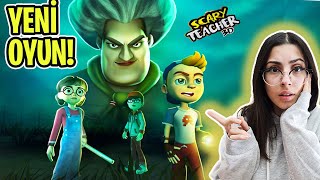 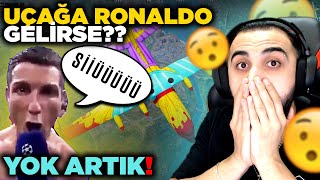