ABOUT LATE NIGHT WITH CONAN O’BRIEN
Running from 1993-2009, Late Night with Conan O’Brien is one of the most beloved late night shows in television history. Known for its absurdist humor, hilarious celebrity interviews and featuring the best stand-up comedians and musical acts of the 90’s and early 2000s. Hosted by Conan O’Brien alongside sidekick Andy Richter and house band Max Weinberg and the Max Weinberg 7, Late Night with Conan O’Brien featured unforgettable segments like “If They Mated,” “In the Year 2000,” “Desk Driving” and made a breakout star of Triumph the Insult Comic Dog.

ABOUT TEAM COCO
Team Coco is the TRvid home for all things Conan O’Brien and the Team Coco Podcast Network. Team Coco features over 25 years of comedy sketches, celebrity interviews and stand-up comedy sets from CONAN on TBS and Late Night with Conan O’Brien, as well as exclusive videos from podcasts like Conan O’Brien Needs a Friend, Literally! with Rob Lowe, Why Won’t You Date Me? with Nicole Byer, The Three Questions with Andy Richter, May I Elaborate? with JB Smoove and Scam Goddess with Laci Mosley.

Never saw him drinking any fluid on Conan

Fa-luids? You mean outta my ass?

FAIR FOR DEVIL NOT FAIR FORE YOU.

"Most people like you, you're the President!" I remember those days... when becoming President didn't necessarily mean you became instantly hated.

Even when he bombs he's hysterical somehow.

Coked up Coman is in Norms way.

Playing this in honor of the show's greatness around Norm. i.e. Andy and Conan saving-their-very-best. At times like a Lob-athon. Norm not just getting hitting but lobbing Scuds of Norm's own. trvid.com/video/video-DLB5_79WI4g.html Thanks Andy, Conan, Team Coco and Norm.

I wish Conan would talk less.

Conan needs a sense of humour.

nobodyt can hold a candle to Norm MCDONALD, nobody!@!

He'll come in on his wheel chair hhaaa

"I thought you meant fluids out of my ass!" :D

It would be good if the guest was allowed to speak.

Norm MacDonald was the the sharpest guy in the room. Every person was trying to keep up with him.

“I was one of the people that was versussing him” 😂😂😂 genius..

Most people stop a joke when they are interrupted.. but some of Norm's jokes get a dozen or more interruptions and he is never phased in the slightest.

Norm is my favorite kind of genius.

I propose a new addition to the English language as follows: NORM (Adjective)- Definition: A singular iconoclastic consummate comedian for the ages

I do not think that I would be phased by having to follow Joe Bden.

Miss you so much Norm.

This is 1 of his best appearances. He is kinda goofy, maybe from being sick or medicine. Very loose but driving the interview as always. Just the on the fly handicap prez parking joke is worth the watch.

Best line that churns Conan into laughing putty. OMG "Someone shot a gun"

I don't think anyone else ever made Conan laugh so heartily and genuinely. He must miss Norm even more than most of us

It's the only time I see Conan a little nervous due to the genetic funny-ness of a guest.

Norm McDonald had a genius for comedy, and he is truly missed!

Man, he was funny. He and Conan totally fed off each other.

Here is the amazing thing about this. This is this first part of the same appearance many people know Norm MacDonald for. I’ve never seen anyone with the ability to warm up the audience like this guy. Dangerfield was like this with Carson. He’d target jokes at the host just to see what his tolerance level was. And to both Carson and Conan’s credit they were willing enablers. If you break the host everyone gets comfortable. And when they realize it’s okay to laugh in public, they become your best friend.

Norm could sit and read a phone book. And folks would pay to see him do it.

You know what a good name for a movie about Elephant Man would be? Box office poison.

Norm goes from The Fly to The Dinosaur (Jurassic Park), then starts laughing. Let's keep going.😆😂😂

When they never got him

I genuinely miss this old chunk of a coal

+1 for using 'barfing' in a sentence

What a quick mind. Rip

I love Conan but unlike Letterman or Carson or Leno, he competes with the act, and with a comedic genius like Norm his interruptions weaken the performance. I think it stems from his being a writer and not a comedian. A comedian would get this, Conan just doesn’t.

Oh my God, l am not a "laugher" by nature but this whole bit made me laugh so hard l was almost crying by the end. What a loss. There will never be another comic mind like Norm's. That, and his timing, makes him a genius. And the fact that when his timing is off, he makes it even more hilarious.

Norm was robbed. He was practicing to be a old man all his life. Comedy has changed buy Norm stayed true to his art.

"He's disabled and the president of the united states. Imagine that parking spot."

“ Because the guy doesn’t even really look like an elephant” 😂

Has anyone noticed how he said "and he kills" when talking about president. I don't think he just ment it as in being great at telling jokes. He knew what he was doing saying it like that. He has said that Clinton is a murderer a few times before.

Yeah you’re definitely reading into it way too much.

Two of the funniest men IMO.

In Columbus Ohio there was a place called Max&Erma's East Larry Flint lived in Bexly Ohio,,1974,75 he would send girls down to M&Es and the party was on,,,Monday nights a dime a mixed drink for women,,,,it was a fun place

“Y’all know about this woman from Denmark that left her baby out on the street? How do you feel about that folks?” BOOOOOOOOO.

Nothing better than Conan and Norm. Absolutely tv gold.

can't believe i just found out about Norm. one of the funniest people i've ever seen.

Can anyone help me find the "Youthful Porpoise" bit?

You know who's famously known to not be risible? Ol' Stone-Face Fallon.

11:12 "I was one of the people that was 'versusING' him" this just shows how spontaneously funny he was.

Norm seemed like he was feeling good that night.I love to hear him ramble about anything.He voice and inflections keep me in the ride.Then he drops funny stuff.Norm seemed like a great guy.

When you see a friend comedian laughing his ass off in such an honest fashion, you know Norm was the king :-). Compare that to that weird and creepy constant giggle of Jimmy Fallon…

Genius, sheer genius, unbelievable. How I love this man and I'm not one of them gays.

Norm is the best!!

Blessed be, Conan did his best to cover but Norm was as drunk as I've ever seen a man.

Why was a pornographer at Bill Cli... wait never mind.

Funniest ever. I put him ahead of Pryor and Williams and everyone else. His childlike delivery and brutal honesty were incomparable.

This is the funniest goddamn thing I've watched in months. God bless you Norm. R.I.P.

Or put it another way "I was in the film" at least that's how I like to put it.

im so not used to these old ones being so crisp

Me too norm binge since he died he was great and very underrated. RIP

Trump keeps talking about running again in 2024. Now, not even half of all Republicans want to see him enter the Race. Further, some prominent Pols have said Publicly they don"t think he can win. He is simply a LOSER. And trump will ASK his Followers to NOT VOTE. So, IF THAT happens the DEMS WIN AGAIN!! Just think how badly the old man will feel then.!!! Serves him right. AFTER all, when you assume a JOB that you aren't qualified for, WHAT CAN GO WRONG?? ASK DONALD, he knows.

Among many other things, Norm was a master impressionist...especially of Larry Flynt. LOL

I've been using the phrase "hot, dirty broads" ever since I saw this. People don't take too kindly to it, but it makes me laugh.

Conan O Brian wasn’t funny at all during this time. His jokes are so bad lol 😂.

He was on his comedy toes that day

I lost it at 7:58 HAHAHHAHAHAHAHA

Until he passed I had forgotten about Norm. He is hilarious. 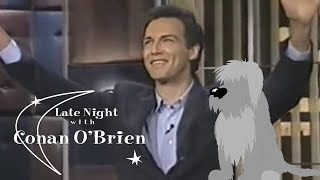 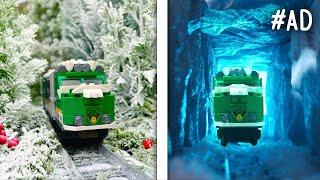 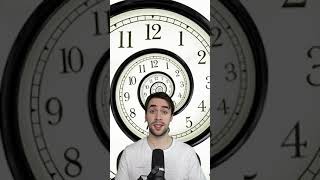 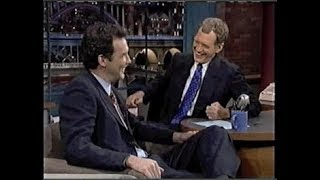 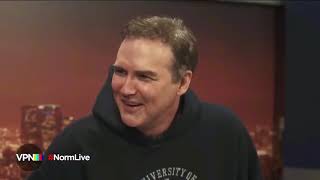 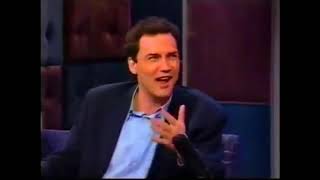 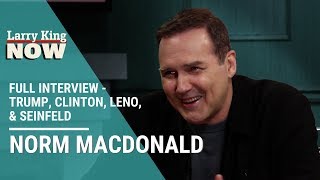 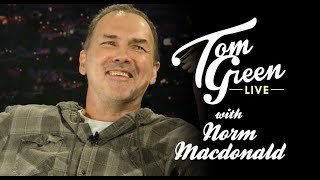 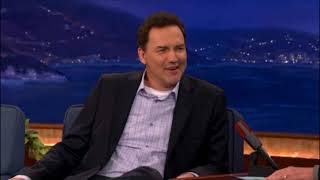 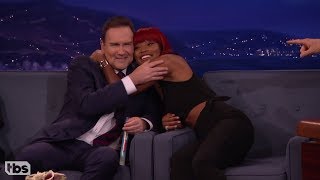 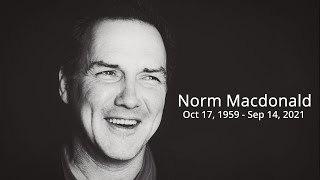 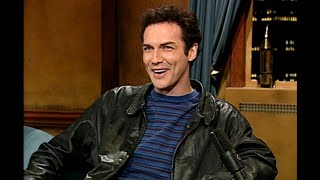 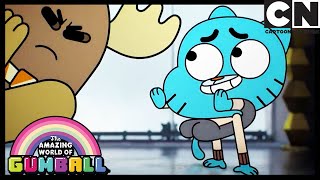 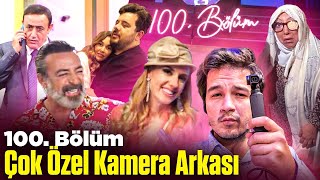 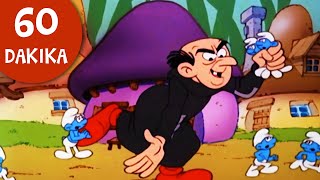 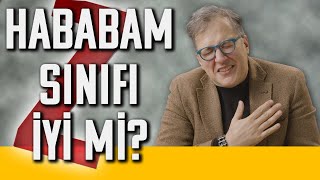 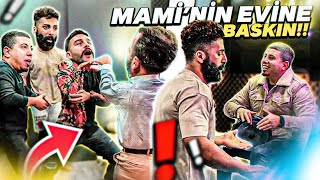 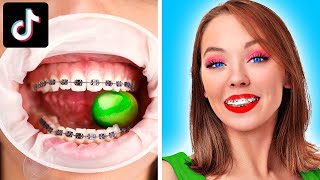 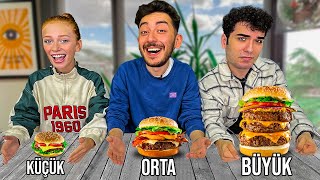 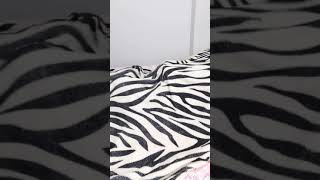